The architectural design and supervision of the Kindergarten in the campus of the Hellenic American Educational Foundation in Greece is the pro bono work of 'Alexandros C. Samaras & Associates S.A.'.

The (HAEF) Kindergarten accommodates 300 children and has been certified with the Platinum LEED (Leadership in Energy & Environmental Design). It is the first Platinum LEED awarded to an architectural project in Greece, in 2014. It is also the first Kindergarten building in the world outside the United States to have received this top distinction granted by the U.S. Green Building Council. It was also recently voted, in a major on-line contest, as the most widely appreciated building of the past 30 years in Greece, receiving the highest score among all 200 selected buildings.

The Kindergarten showcases sustainable design and construction. The building's exposed roof area is covered with a green roof which provides a seamless integration of the new building to the environment, thus enhancing local biodiversity. Rainwater harvesting was introduced as a sustainable solution to reducing potable water demand for irrigation of the extensive landscape areas and for toilet flushing. The design allows for ample daylight penetration in all regularly occupied areas, the elimination of lighting loads and the creation of a high-quality indoor environment. Approximately 90 percent of the regularly occupied spaces of the Kindergarten offer a view to the outdoors, as well as natural daylight throughout. 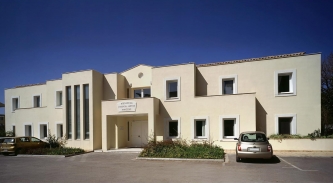 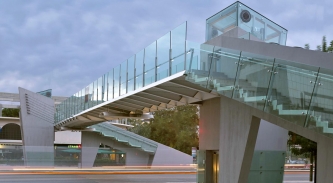 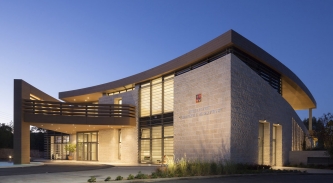 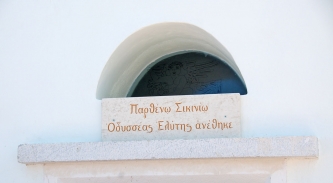